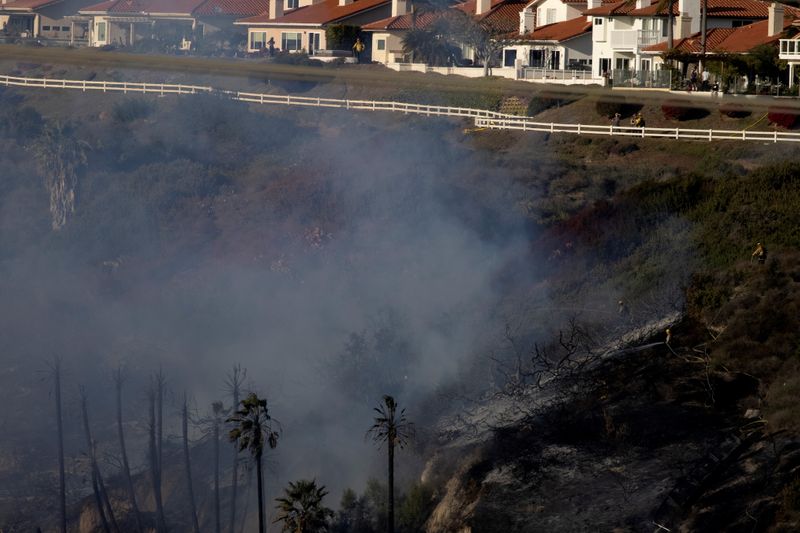 (Reuters) – California risks an escalating spiral of wildfire catastrophes and rising housing costs unless it completely revamps how it rebuilds after fires and finds ways to discourage building in high-risk areas, according to a study released on Thursday.

The study by the University of California Berkeley Center for Community Innovation and the research institute Next 10 also warned of an impending insurance crisis unless laws are changed.

Building in already established communities that are largely protected from wildfires is more expensive, so developers continue to encroach on dry, hilly terrain that is more affordable. Meanwhile, communities that have been burned out in past fires tend to rebuild on the spot where homes were leveled.

That avoids the short-term expense of retreating from danger zones or redesigning housing into clusters surrounded by more easily defended territory, but in the long term the costs are far greater, the study said.

“The cost (of the status quo) just keeps adding up,” said Robert Olshansky, one of the report’s authors.

Among the policy prescriptions are adding a property surtax in dangerous areas and insurance regulation that would enable pricing to discourage building in danger zones, Olshansky said.

“What we are proposing is to think about this more broadly,” Olshansky said in a telephone interview. “There is a lot more political will for this than there was two or three years ago.”

But at a time when one in 12 California homes is located in an area at high risk for wildfire, state policies restrict insurers’ ability to adjust rates based on risk or drop customers in fire-prone areas, the study said.

Likewise property tax law impedes the state from charging a surtax in high-risk areas that could pay for proactive policies. A 0.25 percent assessment on properties in high-risk zones could generate more than $1.8 billion, the study said.

Disclaimer: Fusion Media would like to remind you that the data contained in this website is not necessarily real-time nor accurate. All CFDs (stocks, indexes, futures) and Forex prices are not provided by exchanges but rather by market makers, and so prices may not be accurate and may differ from the actual market price, meaning prices are indicative and not appropriate for trading purposes. Therefore Fusion Media doesn`t bear any responsibility for any trading losses you might incur as a result of using this data.

Fusion Media or anyone involved with Fusion Media will not accept any liability for loss or damage as a result of reliance on the information including data, quotes, charts and buy/sell signals contained within this website. Please be fully informed regarding the risks and costs associated with trading the financial markets, it is one of the riskiest investment forms possible.

Mamata welcomes Madras HC order, demands withdrawal of central forces who may be infected with Covid

View: For decades, privatisation was a dirty word in India. Not anymore

PSL 2021 LIVE – How to watch PSL Live Streaming on your Mobile, Laptop

Inside the fight to reclaim AI from Big Tech’s control

What’s the point of Pokemon Snap?

This website uses cookies to improve your experience. We'll assume you're ok with this, but you can opt-out if you wish. Accept Read More